Cummings: I'm Not Ready to Call for Impeachment...I Just Want the Facts 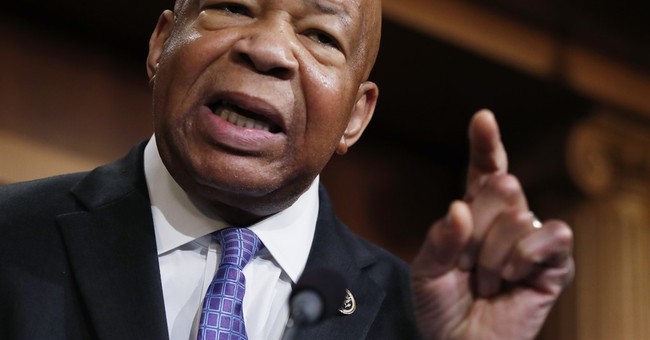 Rep. Elijah Cummings (D-MD), unlike some of his hotheaded colleagues, is not ready to call for the impeachment of President Trump following reports of a memo written by James Comey. In that report, Comey, who was recently fired by the president, revealed that Trump asked him to lay off investigations of former National Security Adviser Michael Flynn. If true, some members of Congress argue the president could be guilty of obstruction of justice. That is at least the belief of Rep. Al Green (D-TX), who called for Trump’s impeachment Wednesday morning on the House floor.

Cummings is of the understanding that they should gather more information before taking any action.

“There was a question about impeachment,” he noted. “I’m not there, I just want the information.”

House Speaker Paul Ryan had much of the same reaction. In the GOP-led press conference Wednesday, Ryan emphasized they need all the facts before rushing to judgment.

Cummings has subpoenaed the White House for relevant documents relating to the Russia investigation. So far, he says the administration has provided "nothing."