Rep. Al Green Ready to Call for Impeachment of Trump on Floor of Congress 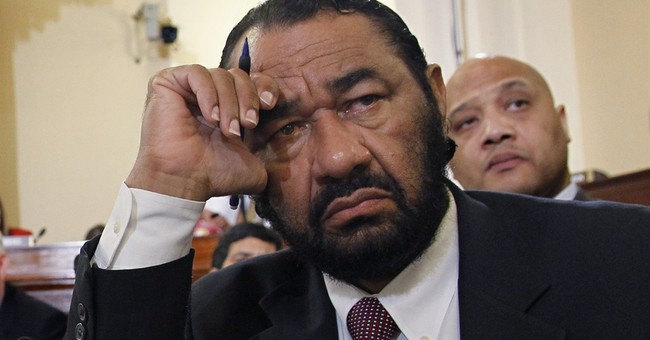 Rep. Al Green (D-TX) on the House floor calls for President Trump to be impeached pic.twitter.com/yi1oPizkyI

Rep. Al Green (D-TX) believes that Tuesday’s James Comey memo is the last straw, tweeting that he plans to call for the impeachment of President Trump on the floor of Congress Wednesday morning. In the memo, reported on by The New York Times, the former FBI director claims that Trump asked him to stop investigating former National Security Adviser Michael Flynn.

Green previewed his impeachment plans during an interview with ABC Wednesday in front of the Capitol.

“The president is not within his rights if he fired Mr. Comey to obstruct justice,” Green said. “He’s not.”
Back Online: Colonial Pipeline Now Operational...But There's a Catch
Matt Vespa
Even When They Try to Get It Right, Democrats Ultimately Get It Wrong on Standing Up for Israel
Rebecca Downs
CNN's Dr. Sanjay Gupta Backs Up Sen. Susan Collins' Criticism Of CDC: 'It Pains Me To Say This'
Scott Morefield