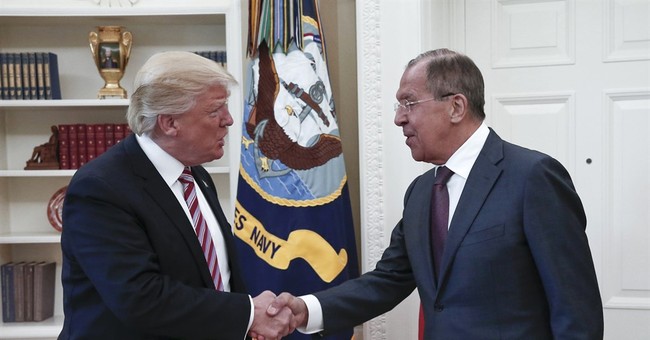 Statement from Secretary of State Rex Tillerson and H.R. McMaster on the WaPo story: pic.twitter.com/cpbnVckeCE

Trump's U.S. Deputy National Security Advisor for Strategy Dina Powell was a bit more blunt in her response to CNN's Jim Acosta, telling him the report was an outright fabrication.

Dina Powell statement provided by WH: "This story is false. The president only discussed the common threats that both countries faced."

“The story as reported is false,” McMaster said at a very brief appearance in front of the White House Monday. “At no time were intelligence sources or methods discussed and the president did not disclose military operations that were not already known."

The national security adviser implored the press to rely on his on-the-record report, as opposed to anonymous sourcing.