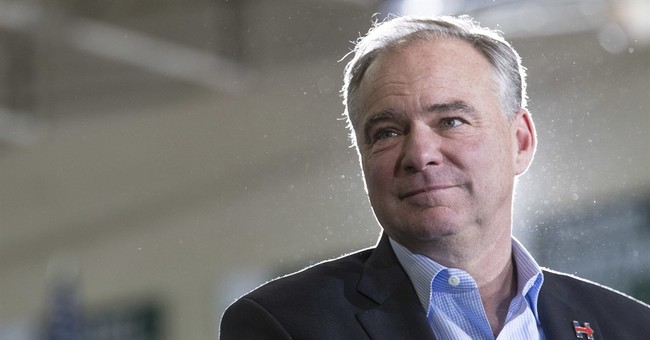 Two top Democrats are demanding President Trump provide legal justification for his decision to launch 59 tomahawk missiles on a Syrian airfield earlier this month - the base believed to be the source of a deadly chemical attack. Evidence points to the Assad regime.

Most of Congress - even Democrats - appeared to support the strike. Yet, Democratic leadership wanted Trump to seek an Authorization of the Use of Military Force before taking any further military actions. Now, Sen. Tim Kaine (D-VA), who served as Hillary Clinton's vice presidential running mate, and Rep. Adam Schiff (D-CA), have sent a letter to Trump on Monday seeking an explanation for the airstrike.

"It has now been over two weeks since you ordered the strike on the airfield, and your Administration has yet to put forward any detailed legal analysis or justification for that action under domestic and international law," the Democrats wrote.
"The legal justification for an attack on the Syrian government is not an afterthought, but rather a first order consideration, and something that is vital for the American people to understand at the outset," they added.

The majority of Americans approved of the president's decisive action - perhaps because they witnessed years of inaction and empty threats from the Obama administration.