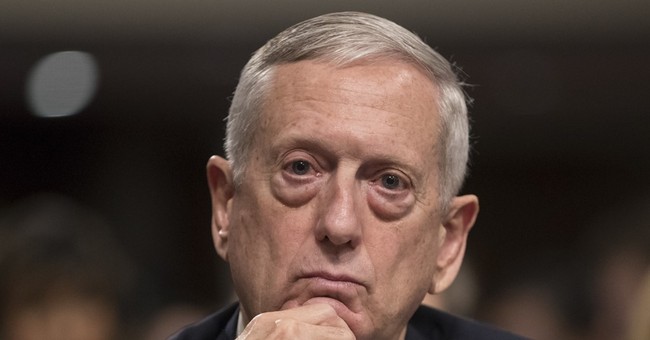 After seeing intelligence on last week's Syrian chemical attack, Secretary of Defense James Mattis has “no doubt” the Syrian regime is responsible, he told reporters at the Pentagon Tuesday.

“The Assad regime planned it, orchestrated it, and executed it,” Mattis emphasized.

Furthermore, he said that the Pentagon has reason to believe Assad has used chemical weapons several times over the past several years.

Their military response was the best way to “deter the regime,” Mattis explained.

“The purpose of this attack was singular against chemical weapons use,” Mattis said. “It was not a harbinger of some change in their military campaign.”

Mattis was determined that the U.S. “will not passively stand by” while the Assad regime continues to launch chemical attacks, especially after they told the world they had handed over all of their chemical weapons. That was the Obama administration’s understanding in 2014.

It became all too clear last Tuesday that that was not the case.