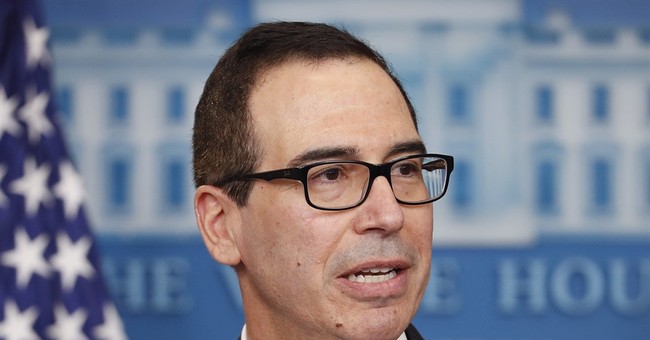 Just hours after launching a major airstrike on the Syrian airfield believed to be the source of Tuesday's chemical attack, the Trump administration is hitting the Assad regime's economy as well. The U.S. will soon order new sanctions against the country, Treasury Secretary Steven Mnuchin announced on Friday.

“We view sanctions as being a very important tool,” Mnuchin told reporters at Mar-a-Lago.

The White House is determined to avoid backtracking on an aggressive foreign policy as President Obama did when he did not follow through on his "red line" warning. Trump claims those empty threats are partly to blame for the escalating, bloody civil war in Syria and Assad's increasing boldness.