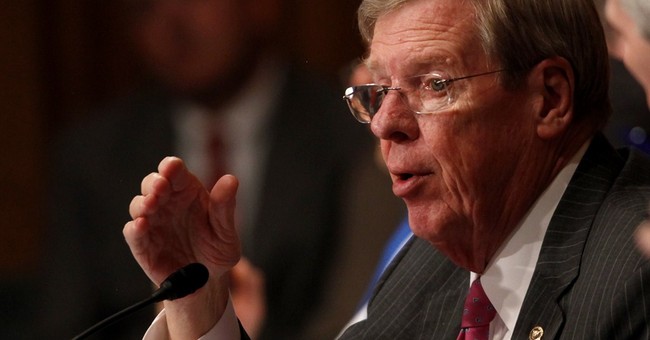 The Senate voted 50-50 for the bill, with a couple of liberal pro-abortion Republicans joining Democrats in supporting the abortion giant and Republicans voting pro-life. The tie vote made it so pro-life Vice-President Mike Pence cast the tie-breaking vote to approve the measure.

The Senate has voted to advance a vote to permit states to defund Planned Parenthood in family planning programs.

Vice President Mike Pence broke the tie during debate on the motion to proceed with the bill. The scene was quite dramatic, as Sen. Johnny Isakson (R-GA), who recently had back surgery, came to the chamber using a walker in order to ensure that the vote would progress. Until Thursday, he hadn't voted since Feb. 17. Obviously, this was an important issue for him.

The vote remained open for more than an hour, as aides scrambled to find Senator Johnny Isakson, Republican of Georgia, who has been away after two back operations, and to summon the vice president. Mr. Isakson, who had been cleared by doctors to travel for a single day, came slowly into the chamber on his walker, flanked by Senate pages, to turn his thumb to the sky with an “aye,” making the vote a tie.

The Democrats were joined by Republican Sens. Lisa Murkowski (AK) and Susan Collins (ME) in voting against the measure.

This is the second time Pence has cast a deciding Senate vote. Last month, he provided the needed vote to confirm Betsy DeVos as the secretary of education.