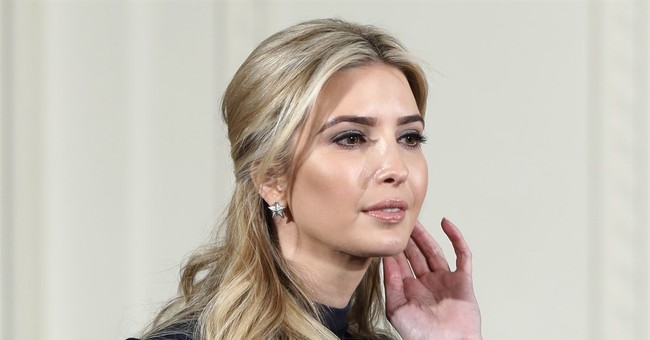 First Daughter Ivanka Trump is poised to become an official unpaid White House employee, per Fox News. She explained the move in a statement on Wednesday.

"I have heard the concerns some have with my advising the President in my personal capacity while voluntarily complying with all ethics rules and I will instead serve as an unpaid employee in the White House Office, subject to all of the same rules as other federal employees," she said in a statement. "Throughout this process I have been working closely and in good faith with the White House Counsel and my personal counsel to address the unprecedented nature of my role."

This latest development comes after last week's announcement that she was getting an office in the West Wing. Her husband, Jared Kushner, is leading a new White House office that is charged with overhauling the federal government.

Critics say that 1600 Pennsylvania Ave. is becoming too much of a family affair and could violate the anti-nepotism law first introduced in 1967.