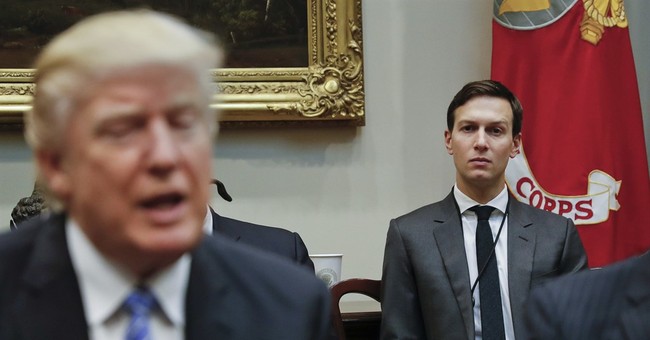 President Trump has created a new office within the White House that will use business ideas to tackle some of the greatest challenges within government, like overhauling federal bureaucracy, reforming veterans’ care, and addressing opioid addiction, The Washington Post reports.

The White House Office of American Innovation, led by the president’s son-in-law, Jared Kushner, will be within the West Wing and report directly to Trump.

“All Americans, regardless of their political views, can recognize that government stagnation has hindered our ability to properly function, often creating widespread congestion and leading to cost overruns and delays,” Trump told the Post in a statement. “I promised the American people I would produce results, and apply my ‘ahead of schedule, under budget’ mentality to the government.”

Kushner is positioning the new office as “an offensive team” — an aggressive, nonideological ideas factory capable of attracting top talent from both inside and outside of government, and serving as a conduit with the business, philanthropic and academic communities. […]

The innovation office has a particular focus on technology and data, and it is working with such titans as Apple chief executive Tim Cook, Microsoft founder Bill Gates, Salesforce chief executive Marc Benioff and Tesla founder and chief executive Elon Musk. The group has already hosted sessions with more than 100 such leaders and government officials.

“There is a need to figure out what policies are adding friction to the system without accompanying it with significant benefits,” said Stephen A. Schwarzman, chief executive of the investment firm Blackstone Group. “It’s easy for the private sector to at least see where the friction is, and to do that very quickly and succinctly.” […]

Kushner’s ambitions for what the new office can achieve are grand. At least to start, the team plans to focus its attention on reimagining Veterans Affairs; modernizing the technology and data infrastructure of every federal department and agency; remodeling workforce-training programs; and developing “transformative projects” under the banner of Trump’s $1 trillion infrastructure plan, such as providing broadband Internet service to every American.

Kushner said “excellency in government” is something the American people should come to expect.

“The government should be run like a great American company. Our hope is that we can achieve successes and efficiencies for our customers, who are the citizens,” he said, reports the Post.

Even though many of the business executives have political differences with Trump, all seem eager to get to work on issues together, and are appreciative of the hands-on approach the current administration has taken to tackling issues.

After a recent meeting with Trump, Andrew Liveris, chairman and CEO of Dow Chemical, said, “Rather than entering a vacuum, I’m getting emails from the president’s team, if not every day, then every other day — ‘Here’s what we’re working on.’ ‘We need another meeting.’ ‘Can you get us more input on this?’”

Trump spokeswoman Hope Hicks told the Post the president is hoping to apply his business experience to the job.

“He recognized where the government has struggled with certain projects and he was someone in the private sector who was able to come in and bring the resources and creativity needed and ultimately execute in an efficient, cost-effective, way,” she said. “In some respects, this is an extension of some of the highlights of the president’s career.”