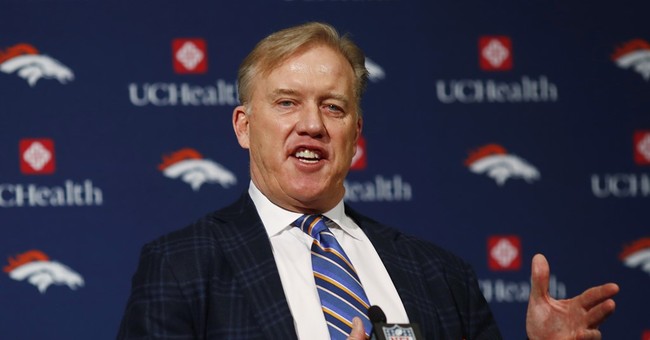 Supreme Court nominee Neil Gorsuch gained the full confidence of some of his fellow Coloradans during his confirmation hearing on Monday. As Gorsuch sat patiently and listened to members of the Senate Judiciary Committee give their opening statements, NFL hall-of-famer and current general manager of the Denver Broncos John Elway released a statement telling Gorsuch (who is a Broncos fan), that he was behind him 100 percent.

Elway is joined by fellow Coloradans Sens. Cory Gardner (R) and Michael Bennet (D). During his testimony on behalf of Gorsuch, Gardner praised the nominee's humility and his ardent defense of our Constitution.

Gorsuch recognizes the judiciary is “not a place for social experimentation,” the senator noted.

Several conservative lawmakers also voiced their appreciation for Gorsuch's originalism on Monday, while some Democrats said they were troubled by it.

Bennet, a Democrat, said he was embarrassed by the Republican majority stymieing Obama's Supreme Court nominee last year, but noted that Gorsuch deserves a hearing and exemplifies "some of the finest qualities of Colorado."