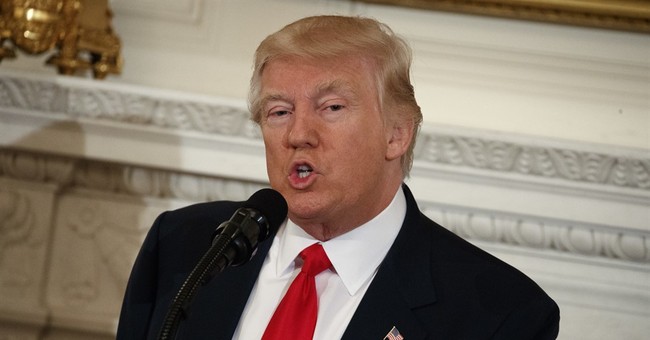 President Trump covered a host of topics in his sit-down interview with the anchors of "Fox and Friends," which aired Tuesday morning. Notably, he weighed in on the dangerous and criminal leaks coming out of the White House, putting the blame squarely on the previous administration.

“I think President Obama’s behind it, because his people are certainly behind it," Trump said.

The president saved some criticism, however, for his longtime sparring partner Sen. John McCain (R-AZ). Trump told the anchors he was disappointed in how McCain chose to define the U.S. raid on an Al Qaeda compound n Yemen in January, in which we lost one of our brave Navy SEALs, William Ryan Owens. Trump mourned Owens' death, yet said the raid had been a successful one. McCain responded that he wouldn't use that word.

.@POTUS: I felt badly when a young man died and Sen. McCain called that a failed mission. I thought it was inappropriate. pic.twitter.com/E8iigN6iky

"This is something they were looking at for a long time doing, and according to General [James] Mattis, it was a very successful mission," Trump said. "They got tremendous amounts of information."

McCain is not the only one who disagrees with the president's assessment. In a new NBC News report, U.S. officials claim that the mission resulted in little intelligence.

On Monday, Trump announced his plans to propose a $54 billion increase in military spending. While some may think that number would appease the hawkish Arizona senator, McCain said it was not enough for a "world on fire."

Trump will have the chance to defend his proposal and more during his first address to Congress Tuesday at 9 p.m. ET.