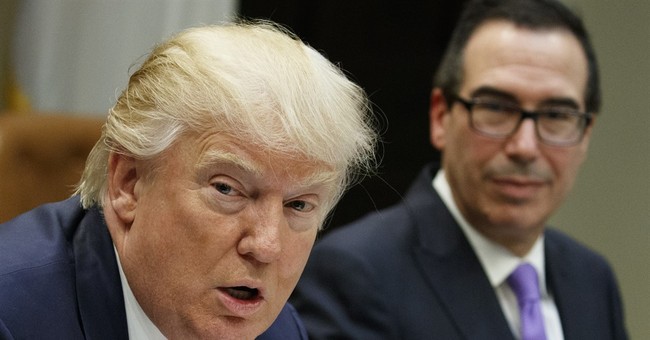 Speaking from the White House to America's governors Monday President Donald Trump gave a preview of his first budget, which will be submitted to Congress next month. He will go into further detail about his plans for the country during his inaugural State of the Union address tomorrow night.

On the campaign trail, Trump repeatedly discussed the need to resupply a depleted military. He plans to deliver on that promise by requesting a $54 billion increase in defense spending.

"This budget will be a public safety and national security budget," Trump said. "It will include a historic increase in defense spending to rebuild a depleted military at a time when most needed."

The President argues the spending will be off set and paid for by decreasing spending elsewhere in the federal budget. A reduction in foreign aid also appears to be in the budget proposal to help pay for the increase.

"We can do so much more with the money we spend," Trump said. "[We can] make the government lean and accountable to the people."

"This is a budget with great rationality," he continued. "We're going to do more with less."

In addition to an increase in defense spending, the President's budget will heavily lean on requests for infrastructure spending and a boost in federal law enforcement resources.

"I'm going to have a big statement on infrastructure," he said.

"We have to fix our infrastructure. It's not like we have a choice," Trump continued. "And it also happens to mean jobs, which is a good thing."