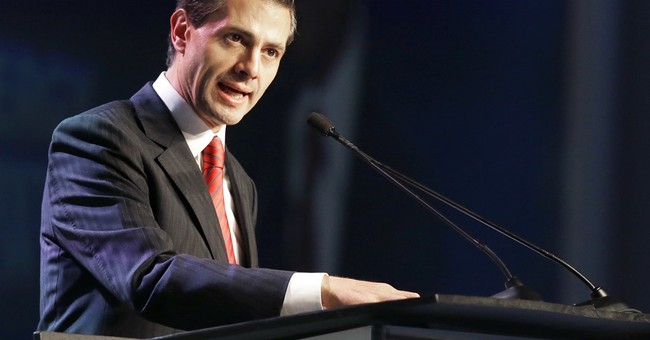 Mexican President Enrique Peña Nieto cancelled his trip to the White House last month after President Trump signed an immigration order that beefed up immigration enforcement, green lighted construction of a border wall and told Nieto he'd be footing the bill. He couldn't bring himself to face Trump in such a context, but Nieto is hosting members of Trump's cabinet on Wednesday. Secretary of State Rex Tillerson and Homeland Security Secretary John Kelly are making the trip to Mexico to discuss a range of issues important to both countries, such as counterterrorism and trade.

As if the air was not thick enough already, new comments from the Mexican government suggest the meeting just got a whole lot more heated. Mexico "will not accept" Trump's immigration plans, Foreign Minister Luis Videgaray said on Wednesday.

Trump's new immigration order is expected to give the government authority to speed deportations of illegal immigrants.

If need be, Videgaray said Mexico will fight the new order at the United Nations.