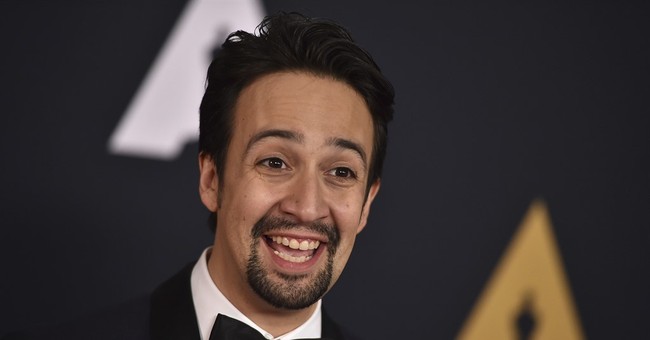 President Trump has pressed Hollywood's buttons this past year. Between his controversial rhetoric and policy actions like his executive order on immigration, Trump has emboldened actors and artists to use awards show stages to talk politics more than ever.

At the Golden Globes, Meryl Streep used her acceptance speech for the Cecil B. DeMille award to condemn President Trump's supposed attacks on vulnerable people and vowed to defend the arts. A few weeks later at the Grammys, pop singers and hip hop artists used the stage to wear "Resist" armbands, call Trump "President Agent Orange" and send a very visual message about his temporary travel ban.

"Hamilton" star and current Oscar nominee Lin-Manuel Miranda, who himself has been very outspoken against the current administration and whose Broadway cast publicly humiliated Vice President-elect Mike Pence after a show last year, said viewers can expect more of the same at this weekend's Academy Awards.

“I expect we’ll see more of that this year," Miranda said in an interview with The Hollywood Reporter. "It’s a political time, so I imagine the Oscars will look exactly like your Twitter or Facebook feed.”

Of course, Trump is probably begging the Hollywood stars to say something, so he has more fodder for Twitter.