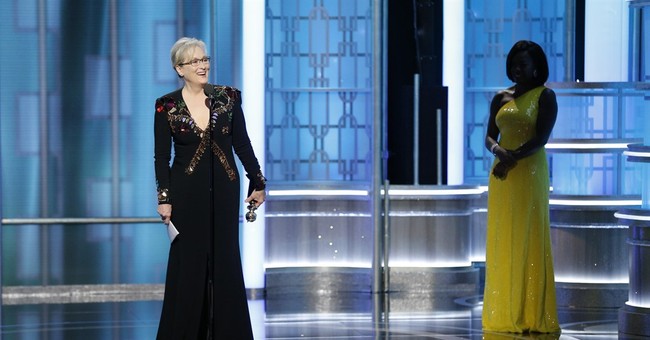 Sunday night was the 74th Golden Globe Awards, and actress Meryl Streep was awarded the Cecil B. DeMille Award for "outstanding contributions to the world of entertainment." In her acceptance speech, Streep lambasted President-elect Donald Trump (although not mentioning him by name), and said that the press needs to be protected.

Trump responded in kind, calling Streep an "over-rated actress" and a "Hillary flunky who lost big."

Meryl Streep, one of the most over-rated actresses in Hollywood, doesn't know me but attacked last night at the Golden Globes. She is a.....

Hillary flunky who lost big. For the 100th time, I never "mocked" a disabled reporter (would never do that) but simply showed him.......

"groveling" when he totally changed a 16 year old story that he had written in order to make me look bad. Just more very dishonest media!