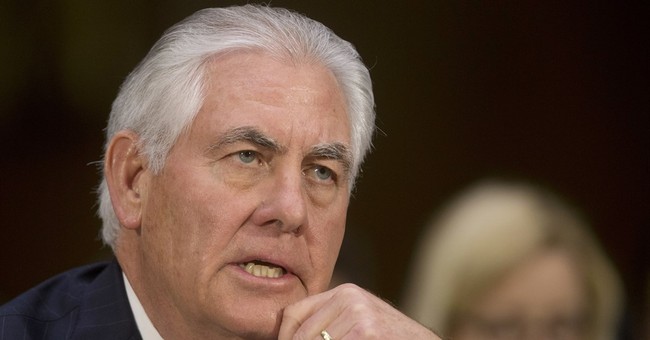 “Hi, I’m the new guy,” Secretary of State Rex Tillerson said during his premiere address at the State Department on Thursday. Tillerson was sworn in as the 69th secretary of state on Wednesday night.

Before President Trump called asking him to serve in his administration, Tillerson thought he’d be in retirement this spring, kicking his feet up at his ranch. Yet, he soon found out he’d been in a “41-year training program” to be secretary of state.

Trump said more of the same at the National Prayer Breakfast on Thursday, telling Tillerson, “this is where you were meant to be.”

Tillerson told the State Department that he knows Trump was not everyone’s first choice. Yet, he hopes they will put politics aside as they work to protect the American people.

"We don't all feel the same way" about Trump, he said. Yet, "we cannot let our personal convictions overwhelm our ability to work as one team."

He also pledged to make some necessary changes.

“We cannot sustain ineffective policies,” he said, before asking each individual to adopt a core set of principles, first among them transparency.

“Any organization works best when members embrace accountability,” he said.

Tillerson made sure to shake every employee's hand after his speech.