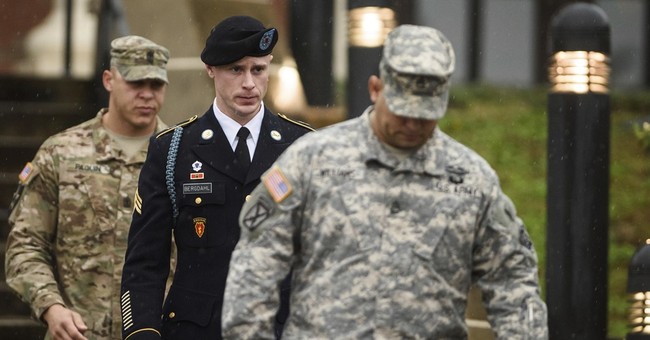 (Former) President Obama pardoned a lot of people as president and commuted a lot of prison sentences. One of his more notable commutations came earlier this week, as he shortened the sentence of Chelsea Manning, who had several more years to serve for leaking sensitive Army intelligence in 2010. Yet, one person Obama did not pardon, is Bowe Bergdahl, according to his lawyer.

Eugene Fidell says that his client asked Obama for a pardon, but the 44th president did not comply.

“We had hoped that [Obama] would grant a pardon. He didn’t,” said Fidell, calling the issue is a “highly discretionary matter” for a president.

Bergdahl was charged with deserting his post in 2009. He was taken captive for five years, until Obama secured his release back to the United States, on the condition of us releasing five Taliban commanders.

For what it's worth (and it's worth a lot) Bergdahl's platoon mates didn't think he deserved a pardon, either.