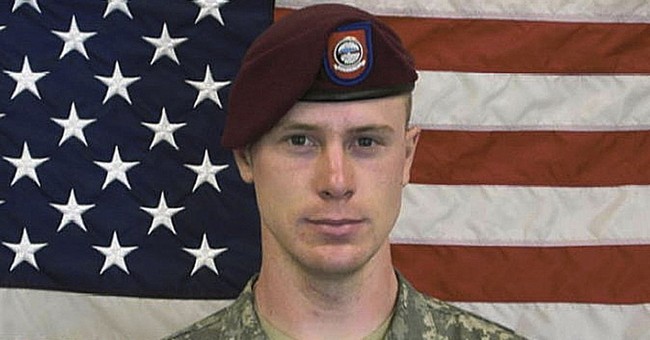 Army deserter Bowe Bergdahl, whose trial is set for next spring, has asked President Obama for a pardon in his remaining days at the White House.

President-elect Donald Trump has been a staunch critic of Bergdahl and the prisoner swap made under Obama.

As a reminder Obama traded Bergdahl, who according to his platoon mates walked off base in 2009, for five high-profile Taliban commanders being held at Guantanamo Bay prison. At the time of the controversial trade in 2014, the White House described Bergdahl as "honorable" and someone who served with dignity.

"It’s nobody’s fault but his that he was put in that position so he has  nobody to blame but himself and it’s unfortunate that he was a prisoner for five years, but it’s his own fault,” former platoon mate Sgt. Matt Vierkant said during an interview with Fox and Friends Tuesday. "It's a desperate attempt by his defense and his team because they don't have a leg to stand on."

"He has to be held accountable for his actions," Vierkant continued.


The White House has not released comment about whether President Obama will grant the request.

Bergdahl is facing life in prison for his actions, which many describe as treason in addition to desertion.