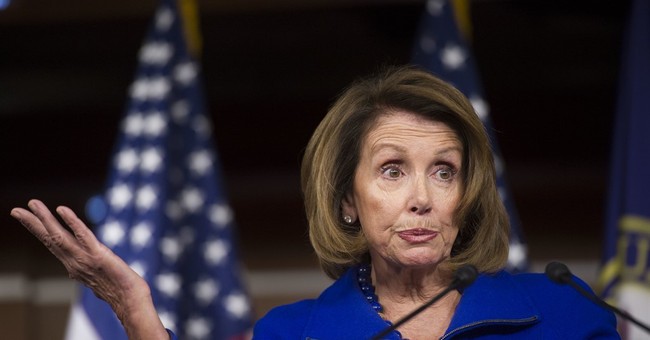 Democrats couldn't bother to read all of the Affordable Care Act legislation while it was being debated in Congress. Of course you can't really blame them, considering it was 2,000 pages long. Yet, they passed it anyway, without one Republican vote. Before the vote, House Majority Leader Nancy Pelosi showed her hand by infamously noting they had to "pass it to see what's in it."

Now, as Republicans have begun the process of repealing the ACA, Pelosi is acting as if the original document was gone over with a fine tooth comb.

With @HouseGOP sprinting ahead w/o plan, it’s worth remembering how carefully we considered #ACA. #FlashbackFriday https://t.co/yOVNGF9TtU

The document Pelosi links to outlines the "debate" Democrats had over the legislation, in the form of hearings and markups.

Pelosi is getting defensive because both the Senate and the House accepted a budget resolution last week that includes language to repeal Obamacare. President-elect Donald Trump has told Americans not to worry about their health insurance because the Republican alternative will cover everyone.