Obama: Iran Is Showing What Diplomacy Is All About 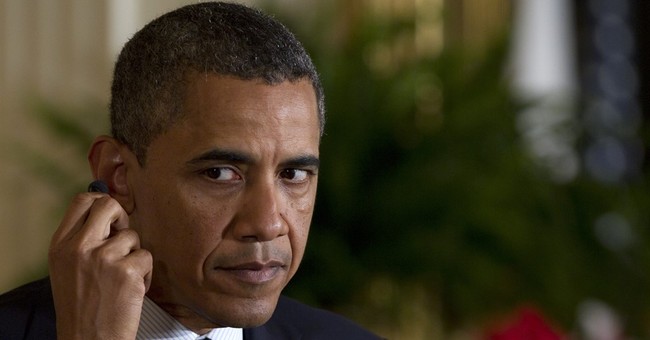 President Obama recognized the first anniversary of his administration’s nuclear deal with Iran on Monday. As expected, he ignored Iran’s belligerent behavior these last 12 months and warned President-elect Donald Trump not to tear up their agreement.

Iran, Obama said, is “upholding its commitments, demonstrating the success of diplomacy.”

The president chalked the Iran deal up as a success because the country has reduced its uranium stockpile by 98 percent, removed two-thirds of its centrifuges and halted uranium enrichment at certain facilities.

Obama’s speech left out a few details. Iran demonstrated its “diplomacy” by capturing 10 American sailors and flaunting the hostage situation in a parade. This kind of aggression does not exactly scream cooperation.

Nevertheless, Trump’s nominee for secretary of defense, Gen. James Mattis, said last week at his confirmation hearing that America must live up to her word on the agreement, even if it is “imperfect.”

While the incoming administration has indicated it will at the very least renegotiate the nuclear deal, Iran said it will not budge.