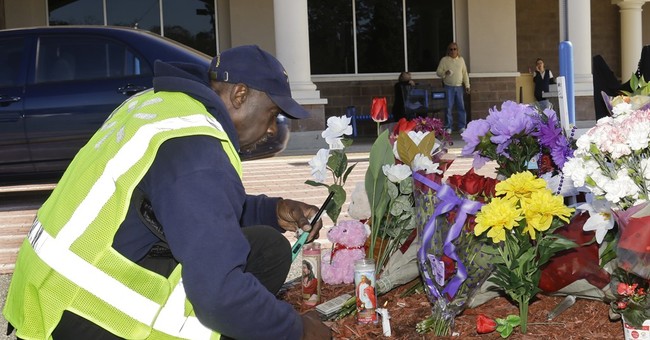 Orlando police officer Debra Clayton and Orlando deputy officer Deputy First Class Norman Lewis were slain on Monday. They were two of several officers around the country who have had targets on their back in recent years. Last year, police shooting deaths went up by 56 percent. Ambush-style killings of law enforcement officers increased by 167 percent, according to the National Association of Police Organizations.

Vern Buchanan, a Republican representative from the state of Florida, has introduced a new bill as an effort to try and stop the slaughter.

“These vicious attacks against police must end,” Buchanan said. “My legislation sends a strong message to those who target police – you will be held accountable.”

Buchanan’s Thin Blue Line Act would make the murder or attempted murder of a police officer, firefighter or other first responder an “aggravating” factor in death penalty determinations, according to a press release on Wednesday.

In other words, it would be much easier to condemn a suspect to the death penalty if they are convicted of killing an officer.

Proponents of the bill note that this kind of law will deter more heinous crimes against police.

The Orlando Police Department has shared some special videos on social media in honor of their fallen heroes.

Want to know what kind of impact Master Sgt. Debra Clayton had on the kids in our community? Watch this. We couldn't have said it better. pic.twitter.com/qZBcnXmpw5

Their killer is still on the loose.