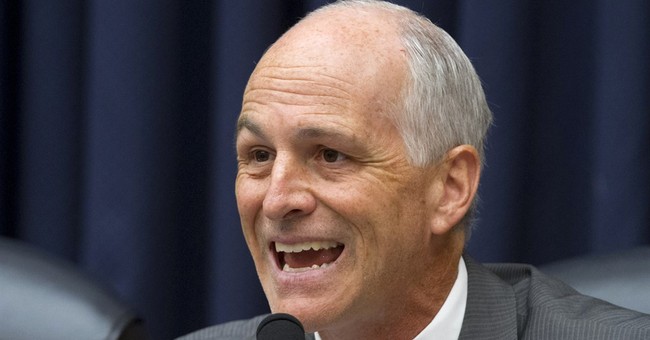 Secretary of Defense nominee Gen. James Mattis is testifying in front of the Senate Armed Services Committee on Thursday, but will not do the same for the House Armed Services Committee. The Trump transition team reportedly cancelled his appearance. Mattis, who retired from the military just three years ago, needs a congressional waiver to serve in the post, but frustrated Democrats are now threatening to vote against that legislation.

Rep. Adam Smith (D-WA) told Mattis he can kiss his waiver goodbye if he doesn't come to Capitol Hill to answer their questions.

"The Republicans have been spending eight years complaining about the executive branch usurping legislative branch power and here's their first move from the new administration is to ignore us on something," Rep. Adam Smith, D-Washington, the top Democrat on the panel told reporters Wednesday.

Smith added, "This is a law. We have to pass it and we want to hear from him and if we don't we are going to vote no."

Rep. Tim Walz (D-MN) was just as concerned, noting that hearing Mattis testify would have given him more peace of mind.

"If Gen. Mattis had come over and answered the questions, I certainly think I would support that," Walz said. "This just complicates it, and it doesn't make any sense."

Nevertheless, Mattis' waiver vote is scheduled for Friday and is expected to pass.