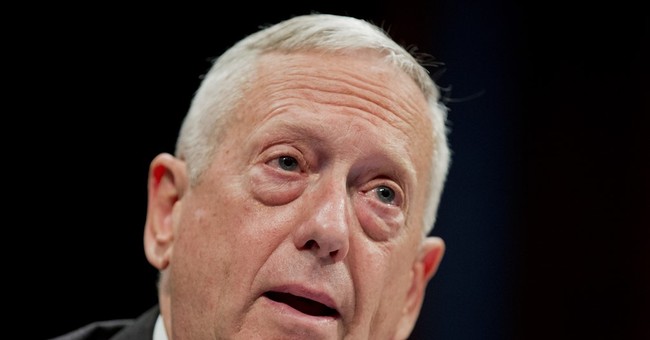 This is not a good sign for fans of the Mad Dog. Ret. Gen. James Mattis has canceled his hearing with the House Armed Services Committee, which was scheduled for Thursday. Mattis will still be meeting with the Senate, but did not give a reason for why he backed out of the House hearing. Mattis needs a waiver from both the House and the Senate before he can be confirmed as Secretary of Defense as he has not been retired from the military for the requisite seven years.

Mattis, a retired Marine Corps general tapped by President-elect Donald Trump to oversee the Pentagon, is scheduled to testify at his Senate confirmation hearing Thursday morning. But he was also scheduled to head across Capitol Hill and talk to House members later in the day, an unusual but not unprecedented appearance before both chambers.

On Wednesday, officials from Trump’s transition team told committee staff Mattis would not attend the second hearing, without further explanation.

This is, obviously, quite strange. Mattis needs to appear before both if he would like the position. Guess we'll have to sit tight to see what happens next.