Pence on Capitol Hill to Rally the Troops Against Obamacare 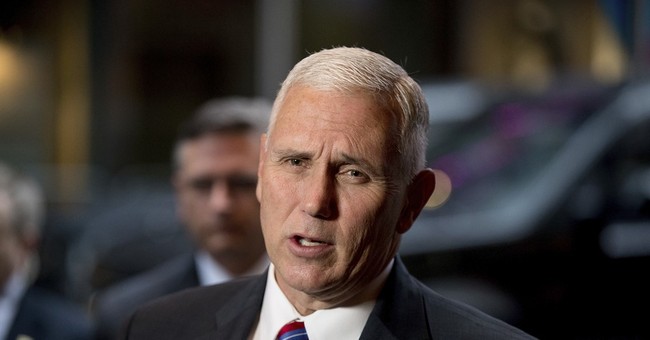 Vice President-elect Mike Pence is on Capitol Hill Wednesday morning to get the new Republican-led Congress fired up about their prime opportunity to repeal and replace Obamacare. Before he boarded his flight for Washington, Pence told reporters outside Trump Tower on Tuesday that the first order of business will be drafting legislation that will give them the "tools to roll back regulation" that has stifled job growth.

After serving in the House of Representatives for 12 years, Pence has plenty of friends on the hill.

Pence may bump into President Obama, who is also on Capitol Hill to try and save his signature legislation.