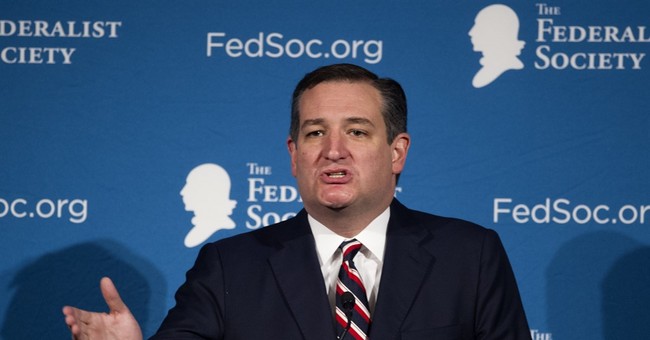 It’s only the first full day of the 115th Congress, but Ted Cruz has already been hard at work introducing multiple pieces of legislation. Christine told you about his effort to move the American embassy in Israel from Tel Aviv to Jerusalem. Well, he has also introduced a bill to enforce congressional term limits. Cosponsored by Rep. Ron DeSantis (R-FL), the bill would limit House members to three two-year terms and senators to two six-year terms.

The Texas senator said the bill would be in lockstep with President-elect Donald Trump’s agenda of “draining the swamp.”

"The American people resoundingly agreed on Election Day, and President-elect Donald Trump has committed to putting government back to work for the American people," Cruz said in a statement on Tuesday. "It is well past time to put an end to the cronyism and deceit that has transformed Washington into a graveyard of good intentions.”