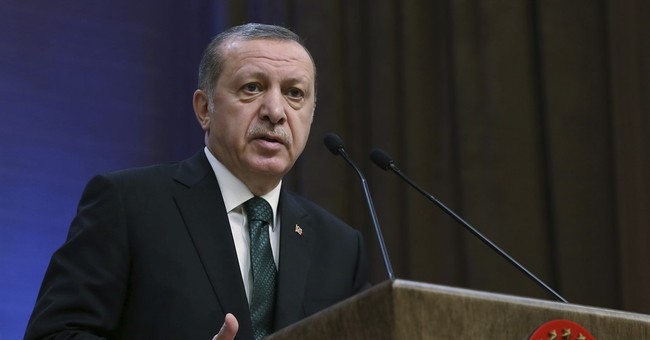 The United States strongly condemns the terrorist attack on a night club in Istanbul, Turkey. We extend our condolences to the families and loved ones of the victims and to the people of Turkey, as well as our hopes for the quick recovery for the wounded. We will remain in close touch with Turkish authorities throughout the investigation.

We stand in solidarity with our NATO Ally Turkey in combating the ongoing threat of terrorism. Sadly, this heinous attack is only the latest effort to kill and maim innocent civilians. These attacks only reinforce our strong determination to work with the Government of Turkey to counter the scourge of terrorism.

Journalist @serhatucak reporting that in the panic, many people jumped into the sea (Reina is on the Bosphorus). Police trying to rescue.

UPDATE (7:23 p.m. ET): The governor of Istanbul, Vasip Sahin, reports that 35 people have been killed in the attack.

Several people were injured in a terror attack in an Istanbul night club called Reina on Sunday morning. The two attackers were dressed as Santa Claus, according to CNN Turk.

Istanbul was the scene of another attack earlier in 2016, when 42 people were killed in explosions at Ataturk airport.

Violence in Turkey has been prevalent throughout the country. Just last week, a terrorist shot and killed Russian Ambassador Andrey Karlov in Ankara.