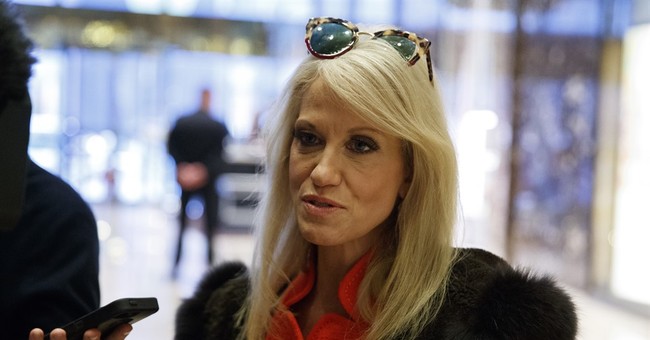 Donald Trump campaign manager Kellyanne Conway did not immediately accept a role in his administration because she needed time to consider whether she could both serve the president and care for her family. She eventually took the job as special counselor.

"It’s very humbling to be asked by the president to continue to serve at a senior role," she told Fox Business’ Maria Bartiromo Thursday morning after her decision had been made public.

That wasn’t the best part of their conversation. At one point, Bartiromo asked Conway to respond to doubters who wonder whether she'll be able to manage a demanding outside counsel role while raising four kids. Cue a bold response from the no-nonsense mother.

That, friends, is what you'd call "shade" - clearly thrown at former President Bill Clinton and Obama.

1st female Counselor to the President.