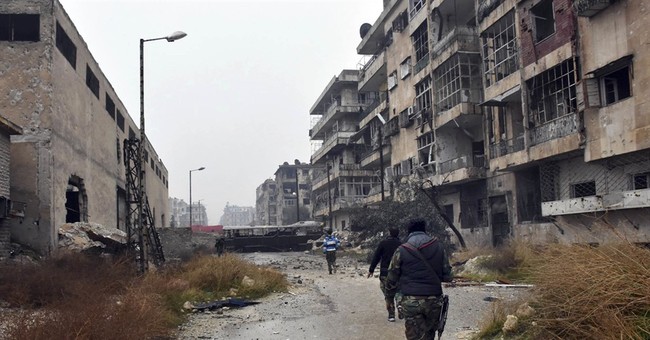 Unfortunately, the ceasefire announced between Russia and rebel groups in Aleppo on Tuesday has already been shattered. The four-year battle in the Syrian city seemed just about over yesterday as the rebels and civilians planned to peacefully exit the area. Yet, fighting has reportedly resumed and claimed more lives.

Turkish President Recep Tayyip Erdogan said the Syrian regime was to blame for breaking the ceasefire.

"Turkey will not leave the people of Aleppo alone," he said, according to state-run news agency Anadolu.

"I call all parties and international society to respect the ceasefire, to support it. A humanitarian corridor should be open and innocent people should be able to leave with no obstacle and sabotage. People of Eastern Aleppo should leave safe and sound."

Rebels hold just a handful of neighborhoods in Aleppo and the Syrian government has reclaimed 99 percent of the city. Yet, the regime's attempts to reclaim the city have resulted in thousands of deaths. About 50,000 civilians are still trapped in eastern Aleppo. Some have begun taking to social media to sending their "goodbyes."