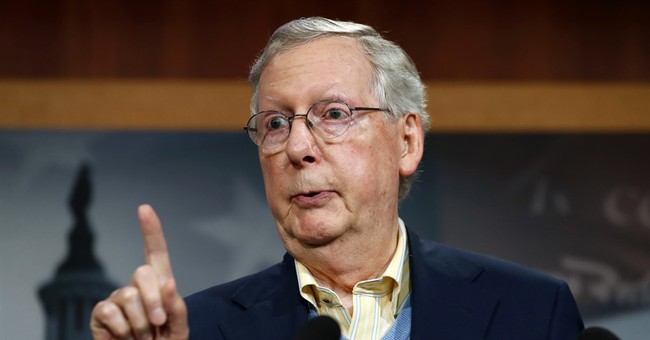 In a Monday press conference on Capitol Hill, Senate Majority Leader Mitch McConnell offered his opinion on the current controversy regarding Russian hacking and its potential influence on the 2016 election. While McConnell noted the Russians are "not our friends," he rejected the bipartisan call to introduce a special committee to take the lead on the investigation. That matter, he said, is best left to the Senate Intelligence Committee.

He said the Intelligence Committee is “more than capable of conducting a complete review of this matter.”

“We’re going to follow the regular order. It’s an important subject and we intend to review it on a bipartisan basis,” he said.

When the CIA did its own review, the agency found that Russia had indeed influenced the election. President-elect Donald Trump, in an interview with "Fox News Sunday's" Chris Wallace, said it was just a scheme concocted by the Democrats. He called the CIA report "ridiculous."