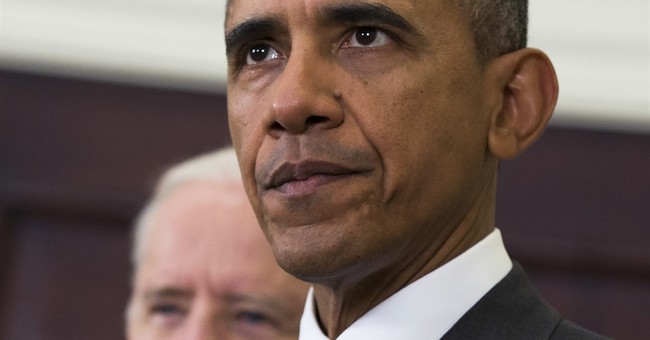 President Obama delivered his final foreign policy speech at MacDill Air Force Base in Tampa, Florida on Tuesday. In his remarks, he spoke about the counterterrorism successes he and his administration have managed to achieve in the past eight years, as well as offered some pieces of military advice for President-elect Donald Trump.

Come January 20, “I will become first president to serve two full terms during a time of war,” Obama told the crowd of servicemen and women.

For eight years, “there has not been a day” when a terror organization or a radical individual was not plotting to kill Americans, he continued. Yet, though threats still exist, he said we should take great pride in the work we’ve made.

We have brought hundreds of thousands of troops home from Iraq and surged efforts in Afghanistan to dismantle Al Qaeda – a decision which “paid dividends,” he said.

“The organization that hit us on 9/11 is a shadow of its former self.”

Plots have been disrupted, dozens of terror leaders have been killed, and Osama Bin Laden is dead, Obama reminded the troops. In terms of the fight against ISIS, we have surged intelligence resources, started an international coalition, strengthened local forces, launched 16,000 airstrikes, and equipped tens of thousands of partners on the ground. As a result, ISIL has lost more than half its territory and “its morale is plummeting,” he said.

“We are breaking the back of ISIS.”

It’s all “thanks to you,” Obama told his audience.

Yet, the president noted he “doesn’t want to paint too rosy a picture” because the Middle East remains one of the most dangerous places on Earth. “False prophets” are using the religion of Islam for terror and sectarian violence is ongoing.

The threat will endure and "we will not achieve the clearly defined victory as we have in past wars,” because homegrown individuals are being radicalized online, he explained.

Obama also argued that we live in a country where it’s very easy for these terrorists to obtain a weapon.

At this point Obama offered some pieces of advice as he prepares to hand off the presidency to Donald Trump.

"We have to keep the threat in perspective," he began. Terrorists want to be the “vanguard of a new world order, but they should be treated as the thugs and murderers they are, he said.

Secondly, “we cannot follow the path of previous great powers who defeated themselves through overreach,” urging Trump to save resources to save lives. Only send men and women into war when there is a clear mission, he urged.

Obama then made his case against the use of torture in capturing terrorists.

“We need the wisdom to see that upholding our values is not a weakness, it is our greatest strength,” he said.

Obama said that as commander in chief he has prohibited torture everywhere, including waterboarding, noting that interrogation teams have obtained valuable information without resorting to those means. He added that our courts have proven fully capable of delivering justice to terrorists as opposed to military trials.

“We can get these terrorists and stay true to who we are,” he concluded.

Obama also urged the next president to shut down Guantanamo Bay. He said it’s “politics of fear” that has prevented detainees from being transferred to the United States and lamented that we are “wasting hundreds of millions of dollars to keep 60 people” in Gitmo.

“Our prisons are capable of holding the most dangerous terrorists,” he insisted.

In addition to these initiatives, Obama suggested we need to fight terror in a way that doesn’t result in more terrorists, enforce transparency and accountability, draw upon strength of diplomacy, help refugees escape the horror of war, and uphold the civil liberties that define us.

“We don’t impose religious tests” as freedom, Obama said, which appeared to be a subtle reference to Trump’s proposed plan to enforce a temporary ban on Muslim immigration. Additionally, Obama said, America is “not a place where some citizens have to face greater security to prove they’re not an enemy from within.” That, he says, amounts to “arbitrary rule.”

Leaving this foundation for the next administration, Obama said “we must remain the strongest fighting force the world has ever known.”

“We must never hesitate to act,” he said, including unilaterally when necessary.

Obama thanked the troops for their service and told them we will all be praying for them over the holidays.