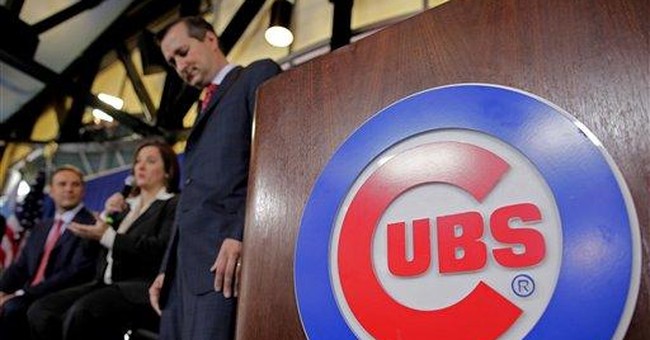 The Chicago Cubs won the World Series, and now they're on their way to the White House. President-elect Donald Trump has just tapped Cubs co-owner Todd Ricketts as his Deputy Secretary of State.

Ricketts earned the number two spot in Trump's Commerce Department thanks to his part in turning the Cubs baseball program into a success.

“As Deputy Commerce Secretary he will help us cut waste and streamline government so that it works for the people of America. The incredible job he and the Ricketts family did in the purchase and turnaround of the Chicago Cubs – one perfect step after another, leading to the World Championship, is what I want representing our people. I am very proud to have him on our team.”

Ricketts accepted the position and returned the kind words. He said he is "honored" to work in the Trump White House to "promote practical policies that promote economic opportunity."

Ricketts will work closely with billionaire investor Wilbur Ross, who was named as the new Commerce Secretary earlier on Wednesday.