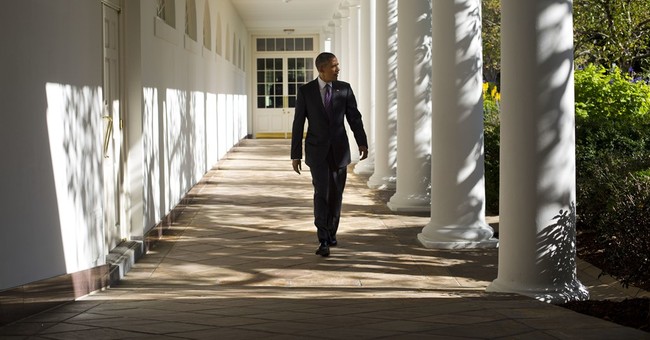 President Obama responded to Donald Trump's historic win on Wednesday from the White House. Trump may not have been his preferred candidate, but regardless of which side Americans were on, "The sun is up," the president declared.

He spoke to Trump via phone to congratulate him early Wednesday and invited him to come to the White House on Thursday to discuss how they can ensure a peaceful transition.

"Eight years ago, Bush and I had significant differences," he noted. Yet, “Bush’s team could not have been more professional or gracious.”

He foresees another successful baton hand-off in January.

“The presidency is bigger than any of us,” he said. “I have instructed my team to follow that example.”

The president added that he was "heartened" by Trump's victory speech last night, in which he made a call for unity.

“I could not be prouder of her,” he said. “She has lived an extraordinary life of public service. Her candidacy and nomination was historic.”

He added that he is confident she and former President Bill Clinton will continue to do great work here in the U.S. and around the world.

"We are Americans first," he said. We must retain our way of life, our rule of law, and respect for each other.

"I hope that’s how his presidency has a chance to begin," he said, adding later, “We all go forward with the presumption of good faith in our American citizens.”