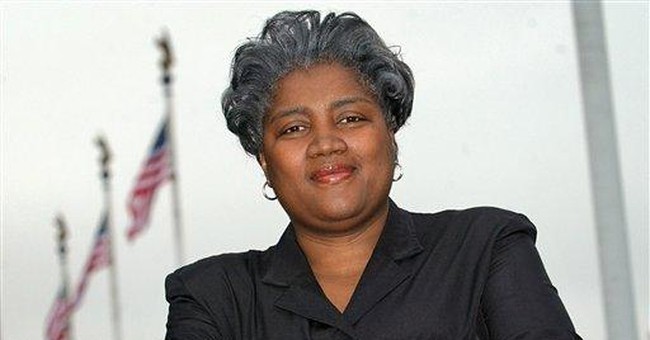 Update: Brazile has reportedly severed all connections with CNN in the wake of the WikiLeaks scandal.

Thank you @CNN. Honored to be a Democratic Strategist and commentator on the network. Godspeed to all my former colleagues.

Earlier this month, WikiLeaks revealed to us that CNN's Donna Brazile was in cahoots with the Clinton campaign during the Democratic primary. Ahead of one of Hillary Clinton's town hall debates with Bernie Sanders, Brazile reportedly sent her team one of the questions she should expect during the evening.

It turns out there was more where that came from.

The newest round of WikiLeaks emails includes this interesting exchange between Brazile and Podesta on March 5, 2016, a day before a CNN debate in Flint, Michigan. What we read is the exact wording of a debate question about the Flint water controversy.

Of course, if you try and ask Brazile about this conflict of interest, she'll accuse you of persecuting a poor Christian woman.

CNN has responded to this latest revelation, noting it makes the network "uncomfortable."

CNN spox on @donnabrazile revelations: "We are completely uncomfortable with what we have learned” https://t.co/pTkMPELd0z pic.twitter.com/hWdxBUy0gH