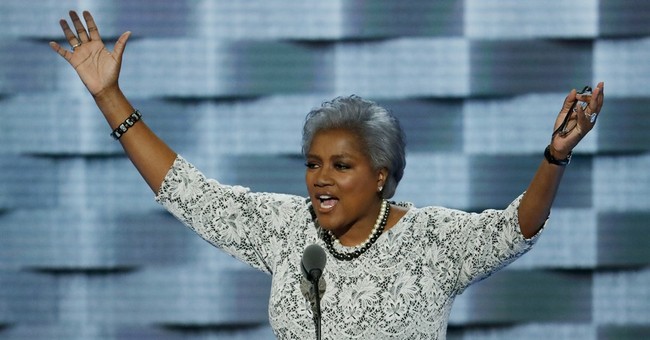 As Cortney wrote, CNN was uncomfortable with yet another instance of the interim DNC chair leaking town hall questions to the Clinton campaign. The second instance was revealed thanks to Wikileaks, who found a March 5, 2016 exchange between Brazile and Clinton campaign chair John Podesta a day before the network’s debate in Flint, Michigan. The question is offered word for word. As a result, CNN has cut all ties with Brazile (via CNN):

CNN is "completely uncomfortable" with a former contributor's relationship with the Hillary Clinton campaign and has cut ties with Donna Brazile, a network spokesman said Monday.

"On October 14th, CNN accepted Donna Brazile’s resignation as a CNN contributor," the network said in a statement.

"CNN never gave Brazile access to any questions, prep material, attendee list, background information or meetings in advance of a town hall or debate," the statement continued. "We are completely uncomfortable with what we have learned about her interactions with the Clinton campaign while she was a CNN contributor."

Another email leaked earlier this month appeared to show Brazile sending a town hall question to the Clinton campaign.

"From time to time I get the questions in advance,” she purportedly wrote Palmieri on March 12.

This is a rather embarrassing chapter of the Democratic National Committee, who saw their previous chairwoman Rep. Debbie Wasserman Schultz (D-FL) get run out of town over email leaks showing that the executive staff at the committee had discussed ways to undermine the Bernie Sanders campaign. Now, we have Brazile tendering her resignation after being exposed for leaking information… to help Clinton’s campaign. Politico added that former CNN contributor and TV One host could be the source of the information.