Trump Convinced Evangelicals Can Win Him the Election 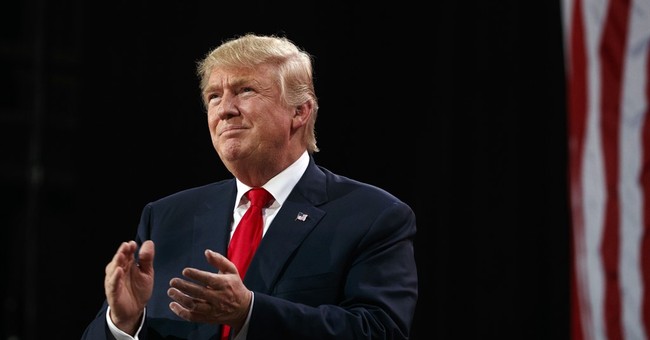 It's a well-known fact that millions of evangelical Christians stayed home on November 6, 2012. Their complacency or hesitancy about Mitt Romney, a Mormon, may have cost the Republican nominee the election. Donald Trump seems to understand this. In a conversation with The Brody File this week, Trump told David Brody that evangelical voters may be his ticket to win.

“If they vote, we’re going to win the election,” Trump said.

“Had they (evangelicals) voted four years ago, and they didn’t, you would have had a different result in the election instead of having Obama who has been catastrophic for evangelicals and a lot of the things that we stand for.”

Anytime Trump reflects on the support he's received from evangelicals, he is noticeably moved. In his speech at the Republican National Convention, Trump wondered out loud whether he even deserved their support. Pastors who attended his meeting in New York City over the summer noted how he adopted a much humbler attitude in their presence than they saw on TV. "Duck Dynasty's" Phil Robertson told Townhall that Trump admitted he was a sinner during their brief conversation and seemed open to hearing about the gospel.

The Republican nominee has certainly been trying to give evangelicals reasons to vote for him.

"Religious liberty is under tremendous stress," he continued. "If Hillary Clinton gets in, you're not going to have religious liberty." Nor, Trump said, will she overturn the Johnson Amendment, a law which prevents pastors and priests from voicing their political opinions in church.

Will these pledges, however, be enough for Trump to overcome the backlash he's received for those vulgar "Access Hollywood" tapes?

You can count on the Trump campaign reminding evangelicals about the alternative, as well as the results of the 2012 election.