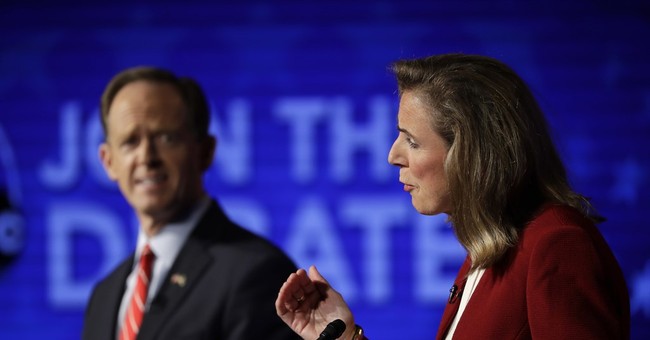 Toomey brought up an embarrassing moment on the campaign trail when McGinty claimed she was the first member in her family to go to college. It was soon discovered her brother had graduated from college years ago.

"Maybe it's Katie McGinty's problem with the truth that allows her to overlook Hillary Clinton's chronic lies," Toomey concluded.

In other words, they're two peas in a pod.

Yet, Toomey didn't exactly properly defend the Republican nominee, either. When asked if he was going to vote for Donald Trump, Toomey deferred.

"I don't think my constituents care that much how one person is going to vote."

Toomey and McGinty also sparred over the Iran Deal, gun control, health care, abortion, and negative campaign ads. They failed to find common ground on anything.

RealClearPolitics has Toomey with just a 2-point advantage.