New Polls Are All Hillary 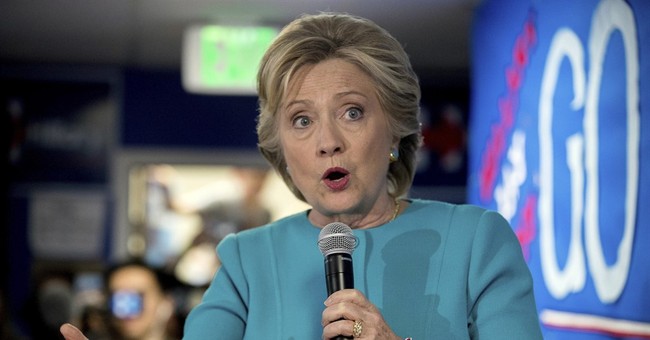 Hillary Clinton is likely to be all smiles this morning. The newest NBC News poll shows her with an 11-point lead over the GOP nominee.

In a four-way horserace, Clinton holds an 11-point lead over Trump among likely voters, 48 percent to 37 percent, with Libertarian Gary Johnson at 7 percent and the Green Party’s Jill Stein at 2 percent.

Looking specifically at Virginia, the numbers are even worse for the Trump camp. The Wason Center for Public Policy shows Clinton extending her lead there to 15 points. Putting all battleground states into account, the Democratic nominee has a six-point advantage.

These numbers can likely be accounted for Trump's "Access Hollywood" controversy. He has claimed the audio recording in which he boasted about making sexual advances on women were just "locker room talk." Yet, nine women have now come forward to claim the GOP nominee once inappropriately touched them.

This poll suggests voters are more concerned about these allegations than Clinton's WikiLeaks scandals.

Trump has another chance to stop the polling free fall at Wednesday's third and final presidential debate.