Trump Suggests Hillary Was on Drugs At St. Louis Debate 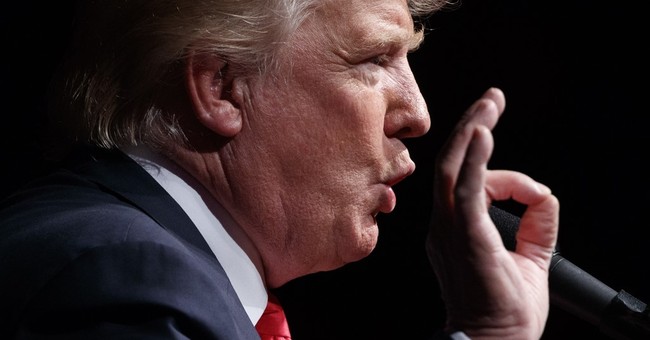 At a campaign rally in Portsmouth, New Hampshire on Saturday, Donald Trump wondered if his opponent has been taking drugs. To be completely sure, he suggested they take a drug test before Wednesday's third and final debate.

“I think we should take a drug test prior to the debate,” Mr. Trump told a crowd of thousands gathered in the parking lot of a Toyota dealership on a chilly afternoon.

He continued: “We should take a drug test prior, because I don’t know what’s going on with her. But at the beginning of her last debate — she was all pumped up at the beginning, and at the end it was like, ‘Oh, take me down.’ She could barely reach her car.”

Trump is also vigorously fighting back against new sexual assault allegations. The tally of female accusers has now risen to nine. However, the GOP nominee has denied the claims and pledged to move forward with a lawsuit against The New York Times for stoking the narrative that he is a sexual predator.

Nothing ever happened with any of these women. Totally made up nonsense to steal the election. Nobody has more respect for women than me!

Clinton, meanwhile, is spending the weekend preparing for Wednesday's debate, to be moderated for the first time by a Fox News moderator, Chris Wallace.