Jesse Jackson on Why Pence Has a 'High Hill to Climb' 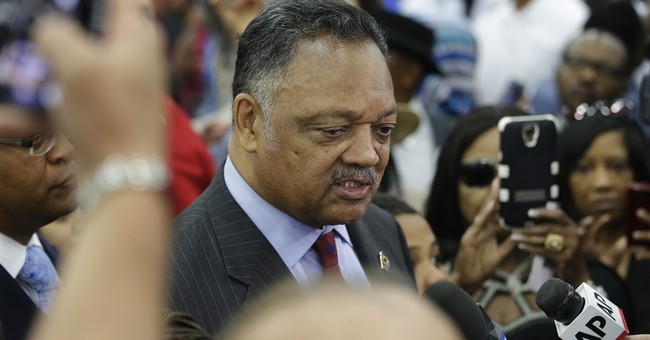 Farmville, VA - Rev. Jesse Jackson stopped for a quick chat with Townhall at the Longwood University debate Tuesday night. Our topic of discussion was faith and politics. Yet, Jackson used the opportunity to remind voters about Trump's controversial behavior toward Americans of all colors. Racial justice is an important issue in this debate, he insisted, noting that Trump's remarks about Mexican immigrants and his continuing to defend stop-and-frisk are indefensible.

Stop-and-frisk is the controversial tactic first introduced in Mayor Rudy Giuliani's New York City, allowing police to frisk any pedestrian they suspect of wrongdoing. Proponents claim the practice, which ended in 2013, helped reduce crime, but opponents insist it was racist at heart, considering police ended up stopping minorities at a much higher rate.

When asked if Gov. Mike Pence's compassionate conservatism could act as a counterbalance to Trump's bombastic behavior, Jackson was doubtful.

"He has a high hill to climb if he's going to do that," Jackson said.