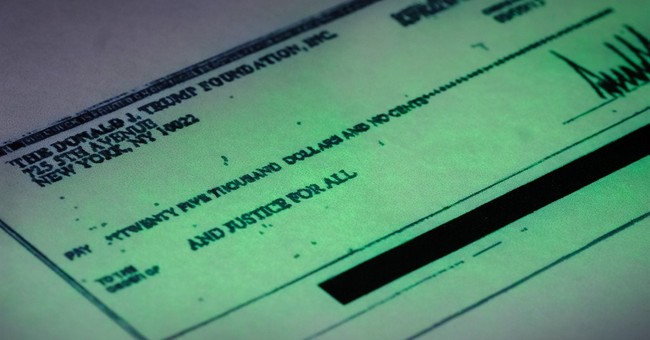 New York Attorney General Eric Schneiderman has ordered the Donald J. Trump foundation to stop accepting donations because it's not properly registered, his office claims. NBC News obtained the AG's notice of violation to the foundation.

"Please take notice that the Donald J. Trump Foundation is in violation of section 172 of Article 7-A New York’s Executive Law, which requires charitable organizations that solicit contributions in New York State to register with the Charities Bureau and to provide annual financial reports and annual audited financial statements," it reads. "Based on information received by the Charities Bureau to date, the Trump Foundation was engaged in solicitation or fundraising activities in New York State in 2016, is not and was not registered with the Charities Bureau pursuant to Article 7-A, and was thus not permitted to engage in such activity during this period."

The Attorney's General's office claims the foundation is guilty of clear misconduct and implored them to provide the proper paperwork in the next 15 days.

Some Trump supporters are dismissing the attorney general's action as a politically motivated effort.

NY Attorney General is all politics. this is the world the Democrats are creating. Government instiutions become partisan. IRS, get ready. https://t.co/bfOE2Hd30k

The Clinton Foundation has been riddled with plenty of scandals of its own. Over the summer, reports suggested that top donors were granted direct access to secretary of state Hillary Clinton.