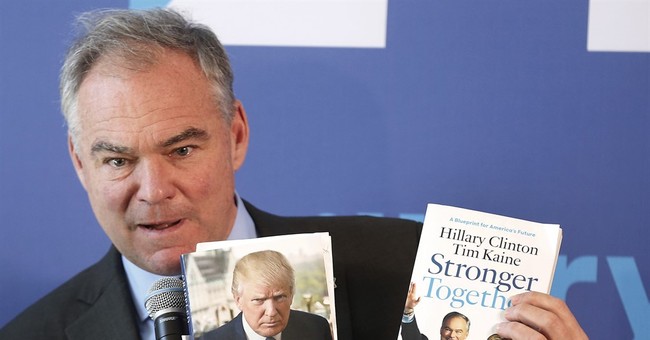 Hillary Clinton held her first news conference since we watched her unnerving stumble at the 9/11 memorial on Sunday in New York City. We've since learned her health scare was due to a bout of pneumonia she was battling, which also seemingly explains her multiple coughing fits. In Greensboro, North Carolina on Thursday, Clinton took a handful of questions from the press, most of which - surprise - focused on her health.

Of particular interest was the report that her running mate Tim Kaine did not know about her illness until after she had been taken to the hospital. If true, the press wondered, what did that mean for their future relationship in the White House? Would he be left out of the loop on important matters?

Clinton did not say when she informed her running mate about her condition, but reassured the press she is “very comfortable and confident" about their relationship.

“I communicated with Tim, I talked to him again last night. He has been a great partner and he's going to be a great vice president,” Clinton said. “We’ve communicated, but I'm, you know, not going to go into our personal conversations, and I feel very comfortable and confident about our relationship and I really look forward to working with him closely.”

While Clinton continues to recover from her illness and her campaign does damage control, Donald Trump has been chatting with Dr. Oz about his clean bill of health.