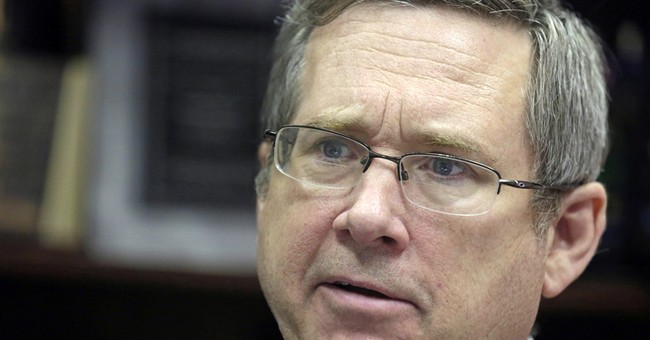 The Obama administration vehemently denied last week that the $400 million it gave to Iran was ransom for the release of four American prisoners. Then, State Department Spokesman John Kirby tried to excuse the payment as just “leverage.” The timing, however, proves otherwise. The newly freed Americans were reportedly kept waiting at the airport until the suspicious cash arrived.

Leaders have condemned the White House for its shady deal with Iran. Sen. Ben Sasse (R-NE), for instance, demanded the president give the American people an explanation, while Sen. Richard Burr (R-NC) said Obama put the U.S. and her allies at risk.

One of the president’s most vocal critics over the supposed Iran ransom, however, is Republican Sen. Mark Kirk from Illinois. In a conversation with the State Journal-Register in Springfield, IL, Kirk compared Obama’s partnership with Iran to a drug deal.

"We can't have the president of the United States acting like the drug dealer in chief," Kirk said, "giving clean packs of money to a . . . state sponsor of terror. Those 500-euro notes will pop up across the Middle East. . . . We're going to see problems in multiple (countries) because of that money given to them."

The White House's relationship with Iran does nothing for national security. Iran has proven it’s anything but a partner. Shortly after the Obama administration’s ill-fated nuclear deal last summer, Iran captured 10 of our American sailors, embarrassed them and proceeded to flaunt it as a source of national pride.