Ransom: Once Americans Were 'Wheels Up' $400 Million Was Sent to Iran 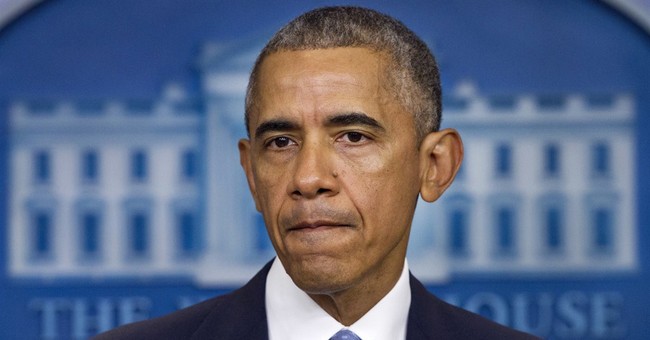 Earlier this month the Wall Street Journal broke a story showing the United States paid the Iranian government $400 million on the same day four American hostages were released by the regime. The hostages were held for years in horrific prison conditions. Because of the timing of the exchange, the Obama administration has been accused of paying a ransom to Iran, a charge officials at the White House and State Department deny.

But now a follow up report from the WSJ further bolsters the timing of the payment, making the exchange of hostages for cash look like undeniable ransom.

The use of an Iranian cargo plane to move pallets filled with $400 million brings clarity to one of the mysteries surrounding the cash delivery to Iran first reported by The Wall Street Journal this month. Administration officials have refused to publicly disclose how and when the transfer took place. Executives from Iran’s flagship carrier, Iran Air, organized the flight from Tehran to Geneva where the cash—euros and Swiss francs and other currencies—was loaded onto the aircraft, these people said.

“Our top priority was getting the Americans home,” said a U.S. official. Once the Americans were “wheels up” on the morning of Jan. 17, Iranian officials in Geneva were allowed to take custody of the $400 million in currency, according to officials briefed on the exchange.

One of the Americans released in January as part of the prisoner exchange, a pastor named Saeed Abedini, said he and other American prisoners were kept waiting at Mehrabad airport from Jan. 16 to the morning of Jan. 17. He said in an interview that he was told by a senior Iranian intelligence official at the time that their departure was contingent upon the movements of a second airplane. Mr. Abedini said he has been asked to testify next month before the House Foreign Relations Committee.

State Department officials have rebutted Mr. Abedini’s comments, saying the delay in his plane’s departure wasn’t related to a second plane or the payment of the $400 million. They said the delay was solely tied to U.S. efforts to locate the wife and mother of another imprisoned American, the Washington Post’s former Tehran bureau chief, Jason Rezaian, and ensuring they were allowed to board the Swiss plane as well.

Iran is the world's largest state sponsor of terror and is still listed on the State Department website as such. The Iranian government pays terrorist groups like Hezbollah (responsible for more American deaths than any other terrorist organization before 9/11) and Hamas, both enemies of the United States and Israel, in unmarked cash. The regime just received $400 million in unmarked, untraceable cash to do just that and while the White House is still denying the payment was ransom, Obama administration officials aren't denying the cash could be used to fund terrorism.