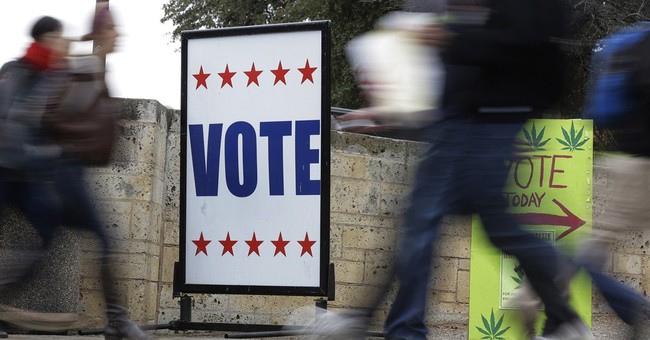 what he deemed was a much too strict voter ID law in Wisconsin and suggested that proponents of the law were overly paranoid about voter fraud. As a result the judge's ruling, voters would not have to provide a valid form of identification at their polling stations and residency requirements would be relaxed. On Wednesday, however, a U.S. appeals court issued a stay in the case, allowing the "strict" practices to remain in place.

A Justice Department statement said that the U.S. Court of Appeals for the 7th Circuit issued a stay concluding "both that the district court’s decision is likely to be reversed on appeal and that disruption of the state’s electoral system in the interim will cause irreparable injury.”

The liberal war against voter ID laws have been disproved in the wake of record voter turnout in this year's primary elections.

So much for the "disenfranchisement" narrative.