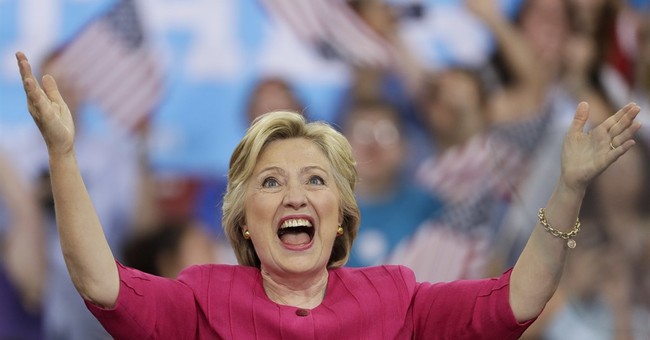 Young people don’t merely dislike Hillary Clinton – they want her behind bars – at least according to a new PPP poll.

40 percent of Millennials want her jailed, while just 39 percent oppose it (21 percent not sure). Overall, 36 percent favor putting her in prison and 51 percent oppose. Millennials are also the only age demographic where a majority does not oppose jailing Clinton.

No wonder attendees of both the Republican and Democratic National conventions were shouting "Lock her up!" these past two weeks.

The survey, released on Friday after both parties cleaned up the confetti they dropped in Cleveland and Philadelphia, also asked participants whether or not Clinton had ties to Lucifer. Eighteen percent said yes.

Clinton’s favorability did improve by 9 points, according to PPP, but she’s still underwater by six.

Yet, that doesn't mean people are thrilled with her opponent Donald Trump. Fifty-eight percent of those surveyed said they have an "unfavorable" view of the GOP nominee and 51 percent said he cannot be trusted with classified information related to our national security.

What's more, despite dealing with her own trust issues, Clinton is ahead of Trump by five points in the general election.

Due to the unpopularity of both candidates, it's perhaps no great surprise that 5 percent of voters said they'd pull the lever for the late Harambe the gorilla.