Schultz Claims She's 'Taking One for the Team' With Resignation 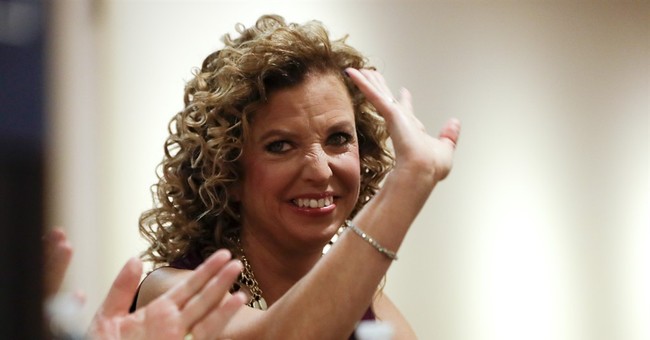 Outgoing Democratic National Committee Chair Debbie Wasserman Schultz claims she is taking one for the team in offering her resignation. Under her leadership, the DNC behaved belligerently toward the Bernie Sanders campaign, as exposed in the recent Wikileaks email dump. Can Schultz really say she's sacrificing herself on behalf of the team when she's the coach?

Yes, according to what she told the National Jewish Democratic Council on Thursday.

"It has been a remarkable team effort, and you know sometimes you just have to take one for the team, and that's OK, it's OK," she said with a smile.

Schultz's bias toward a Hillary Clinton nomination was clear from the beginning of the primary process. Instead of providing Clinton's challengers ample opportunity to speak to the American people, Schultz scheduled only six debates. The email leaks only further confirmed Sanders' supporters suspicions. On the first two days of the convention, it was obvious how it affected his progressive fans, who booed Schultz off the podium multiple times and heckled any and every speaker who dared say they vote for Hillary Clinton.

As you can see, the DNC leaks scandal is still causing a stir at the convention.

When Schultz steps down following the DNC's conclusion Thursday night, the Sanders voters she left out in the cold can trade boos for cheers.