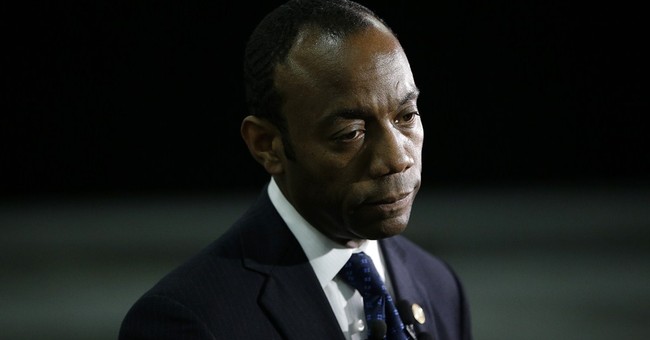 The NAACP invited Donald Trump to speak at their annual meeting in Cincinnati, Ohio next week, especially since he will already be in their neck of the woods for the RNC convention in Cleveland. The soon-to-be-GOP nominee, however, has declined their request, citing a scheduling conflict.

“Mr. Trump has declined our invitation, so we will hear from Sec. Clinton… Namely, the explanation given was that (the Republicans) are holding their convention at the same time. We are, of course, in Cincinnati, they are in Cleveland. We were hoping he would make the short trip from Cleveland to Cincinnati.”

While the optics will not exactly sit well with the African American community, Trump did take time to remark on race relations during an appearance on “The O’Reilly Factor” Wednesday night, as Larry O’Connor shared at Hot Air.

“Well, I’d like to say yes but you really can’t unless you’re African-American. Because I do understand what goes on in life, and I do understand that the economics of our country are not the same. That people are making much less in wages than they were 18 years ago. That our jobs are leaving the country… that our educational system stinks, it’s absolutely horrible.”

Time will tell how his rejected RSVP affects his standing with minorities.