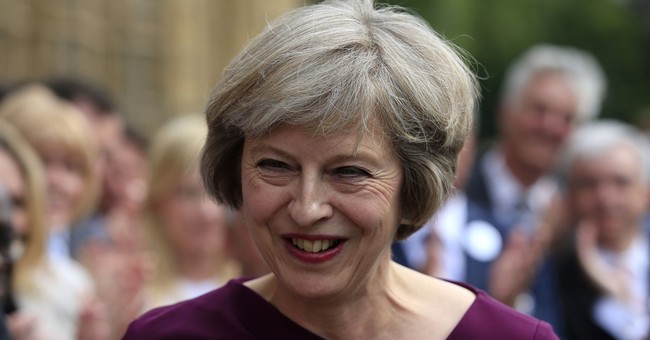 The United Kingdom is still searching for a new prime minister after David Cameron announced his resignation after being on the losing side of "Brexit." Two women were the leading candidates to be his successor, but one has just disqualified herself for making insensitive comments about motherhood and politics. In an interview with The Sunday Times over the weekend, Energy Minister Andrea Leadsom suggested her opponent, Home Secretary Theresa May, could not properly lead the UK through its newfound independence because she is not a mother, according to the BBC.

In the Times, Mrs Leadsom had discussed her bid to become the next leader of the Conservative Party, and therefore the UK's next prime minister.

She said Mrs May, the home secretary and Mrs Leadsom's rival, who has no children - "possibly has nieces, nephews, lots of people.

The remark quickly received a bevy of backlash from pundits all over the United Kingdom and the world.

Leadsom reportedly sent May an apology text and resigned amidst the criticism, leaving May the only remaining candidate for Conservative leader.

May could resume her new title within days, reports AP.