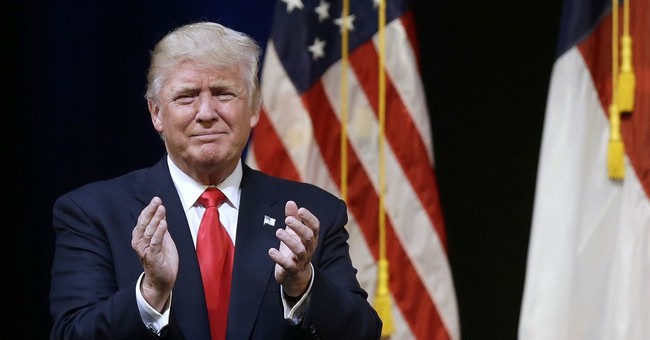 Donald Trump held a rally in Cincinnati, Ohio on Wednesday night, where he sounded off on Hillary Clinton, the FBI and…CNN.

After defining Clinton as a "dirty, rotten liar" for her email abuse, the GOP nominee criticized media outlets like CNN for focusing obsessively on an anti-Hillary Clinton tweet that supposedly resembled the star of David. It was an anti-Semitic message, the media reported.

Trump scoffed at that notion.

"These are sick people," he said, before telling his supporters not to watch CNN.

After that appeal, CNN continued to show Trump's speech in its entirety.

Trump explained that his daughter Ivanka married a "wonderful Jewish guy" who he loves and admires and he has Jewish grandchildren. In other words, he's not anti-Semitic. It was just a star, he insisted, saying it looked more like a sheriff's star then a star of David.

Yet, the media is pushing the racist narrative.

As for MSNBC, Trump said nobody watches that.