Farage: Obama ‘Insulted' Brits' Intelligence By Threatening Us to Stay in EU 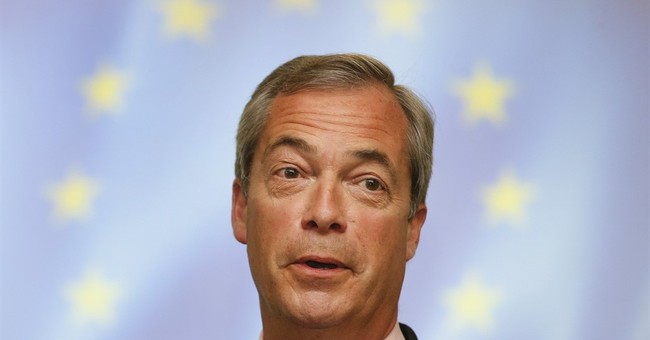 UK Independence Party Leader Nigel Farage is perhaps the happiest man in Britain right now. The politician who dedicated his career to securing the United Kingdom’s exit from the European Union, watched as his life’s dream came true Thursday night.

He also weighed in on how Britain got here, noting in a victory speech that his fellow citizens were fed up with the EU's relaxed refugee policy and unaccountable leadership in Brussels.

“People here don't understand – they are too wealthy, they don't get – what open-door, mass immigrations, the result of EU-membership has done to people's wages, availability of getting GP appointments or their kids to go local schools.... I'm thrilled that we've done this.”

“When Obama came it was… ‘Project Threat’ to be honest with you,” he said. “Threatening people too much actually insults their intelligence and the lesson from the Obama visit is even more fascinating.  Here’s the most powerful man in the world coming from a country that we’ve always had a huge high regard for…and a lot of people in Britain said, ‘How dare the American president come here and tell us what to do?’ And, it backfired and I think we got an Obama – Brexit bounce because people do not want foreign leaders telling them how to think and how to vote.”

Now that Britain has completely ignored the U.S. president, Obama has said he respects their decision.